uBITX now on back order.

The uBITX kit as I predicted, proved so successful when it went on sale on Saturday 9th December, by Monday 11th, Asharr Farhan was telling us all on the BITX20 group, current stock of the first uBITX production run was exhausted!


Demand has just outstripped supply, by what the thinking was there was enough stock to last for 2 months? 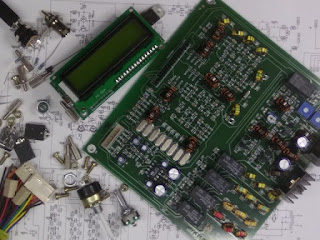 Anyone ordering the uBITX now, will not get shipped until after at least the 25th December. This is now being flagged up when you come to order.

Did the uBITX  become more successful overnight than the ICOM IC-7300, did it sell more in it's first days of sale? Or does it say to the main three radio manufacturers, you missed a market for a plain no bells and whistles multiband radio that everyone can afford and muck into and understand?

One thing for certain Asharr Farhan has proved without a doubt that he has been the first to achieve and do this, putting into mass production a multiband rig at a price point that everyone can be part of and enjoy! I am sure as well as the uBITX there is a lot more to come from HF Signals in the future!

It's a fast and changing world and it appears I cannot write things quick enough at the game of Amateur Radio Blogging! 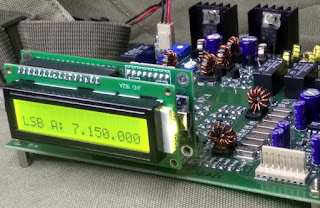 uBitx pcb complete with plug in display and raduino.


Tony G4WIF has just pointed me to the price of $109 for the uBitx and a new website!

I have just read what Asharr Farhan has said on the BITX20 group. The price will rise to $129 after Christmas, due to production costs, hiring more people etc.

Of course I have just ordered mine!


Hope you all enjoy getting one just as much as I enjoy writing about these things.


A  new HF transceiver from India is about to take to market, offering multiband operation 10 through to 80metres, with the inclusion of the WARC bands and general coverage receive.

Asharr Farhan the designer of the BITX20 and BITX40 has been working on the uBitx project for quite sometime.  Demonstrations, and circuit details have been made available freely to anyone on his website Phonestack.com since early Spring 2017, for those who wished to scratch build the transceiver.

But Farhan, not resting on his recent success of producing the single band BITX40 (40m) transceiver, that introduced many to HF for a small price point of "$59" including a recent addition of stable DDS, which he called the Raduino. VU2ESE has now put the uBitx into production, and I understand will be made available soon from his HF Signals website for purchase. (Currently the website only shows the current 40m radio for sale). 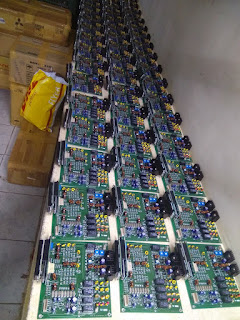 Above, a recent tested production run of uBitx transceiver boards.


The uBitx will offer CW and SSB, with 10W output from a pair of IRF510's.  Arduino derived stable DDS using a Si5351 for all the local oscillators.

What you will get in the package will be a fully built and tested board.  My guess is it will be sold with a similar hardware package that was included with the BITX40, which will include the wiring hardware, connectors, pots, power and BNC connectors for the antenna etc. All you will have to do is wire it up, add a speaker and a case to complete the project.


The price for the uBitx has yet to be announced? But again my guess is it will be one of it's major success stories that will take the HF world by storm and introduce many to the affordable world of HF operation. Of course, I expect it will cost more than the BITX40, but you will be getting access to most of the HF spectrum, for something until now that has proved undeliverable to those on small budgets.